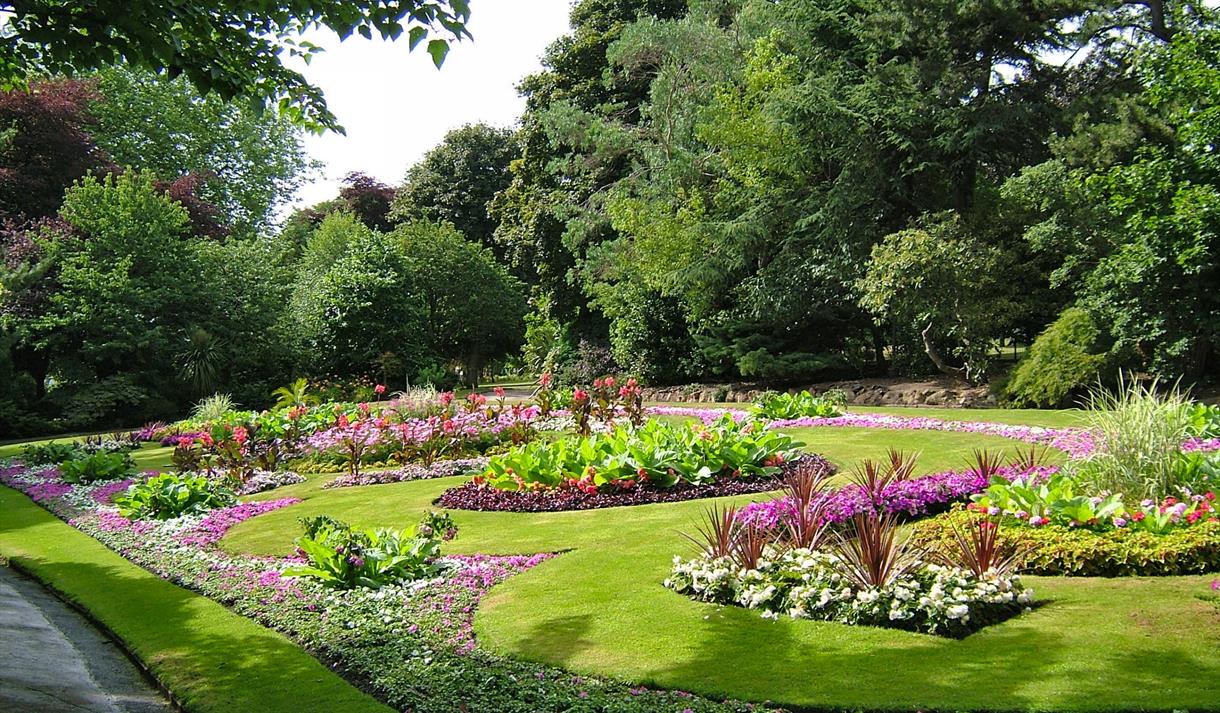 Hart’s are very proud to be the highest-rated hotel in Nottingham City Centre as well as being the only hotel with a private green space. Our secluded garden is exclusively for our hotel guests to enjoy during their visit, but in addition we have listed below nearby award-winning parks and open spaces which are worth exploring during your visit.

The Nottingham Arboretum and The Park Estate have significant historical interest, so we have given a brief outline below which we feel could be of interest to our guests.

The Arboretum is an historic, beautifully maintained park that is home to an important collection of over 800 trees, some of which are from the original collection planted in the 19th century. It is open from 8am on weekdays, and 9am at weekends and bank holidays. This park plays a vital role for the local community and is easily accessible from Hart’s Hotel and perfect for those guests looking for a running route or dog walk during their stay.

The park was designed as a botanical collection and under the supervision of Samuel Curtis, a botanist and horticultural publicist in 1850. It was designed as a tranquil place in which to relax, forming a major attraction in the heart of Victorian Nottingham. The Arboretum has become one of Nottingham’s ‘green lungs’ and is a Green Flag-winning park. It is the city’s oldest public park and also the closest park to the city centre.

English Heritage has designated the site Grade II status on the Register of Historic Parks & Gardens and the park’s Bell Tower, bandstand and Circular Aviary have all received Grade II listing protection.

The Nottingham Park Estate is a well-defined residential area of some 150 acres just to the west of Nottingham City Centre. Noted for its Victorian architecture and gas street lighting. Hart’s Hotel overlooks the Park Estate with easy access down the steep Park Steps and ideal for walking dogs or taking a leisurely stroll to admire the architecture.

The Park Estate started life as a forested deer park situated immediately to the west of Nottingham Castle. The castle was, from its construction in 1087 until 1663, a royal castle, and the adjoining park a royal park. which would have provided both food and sport for castle residents.

After the capture of the castle by parliamentary forces during the English Civil War, the park’s trees were felled to provide fuel and supplies to the garrison, and in 1651 the castle was slighted.

With the industrialisation of Nottingham in the 19th century, the Park became a valuable open space for local people. Notwithstanding this, and despite much opposition from locals who regarded the area as public land, major development began in 1822 under the 4th Duke of Newcastle.

Development continued under the 5th Duke of Newcastle, who appointed architect Thomas Chambers Hine in 1854 to design many of the houses and by 1859 houses were complete on Castle Grove, Lenton Road, Newcastle Drive and Clinton Terrace. Hine remained as the architect to the estate, even after the death of the 5th Duke in 1864, when the estate was managed by a trust. Many of the large villas were built for local wealthy industrialists and businessmen, who employed their own architects. The designs for all houses still had to be approved by Hine until he retired in 1891. Hine was also responsible for the construction of the Park Tunnel, intended to provide access for horse-drawn carriages to Derby Road.

The Park has remained an address of some distinction until the present day.

Make a reservation online for our Best Rate Guaranteed.

The contemporary design of the hotel makes the most of natural daylight and brings the outside in, which creates some lovely relaxing spaces. The collection of bedrooms offer a peaceful retreat to unwind with floor-to-ceiling windows and modern décor making Hart’s a stylish escape when you are visiting Nottingham. Dine in our intimate 2 AA rosette restaurant and sample classic dishes which change with the seasons.