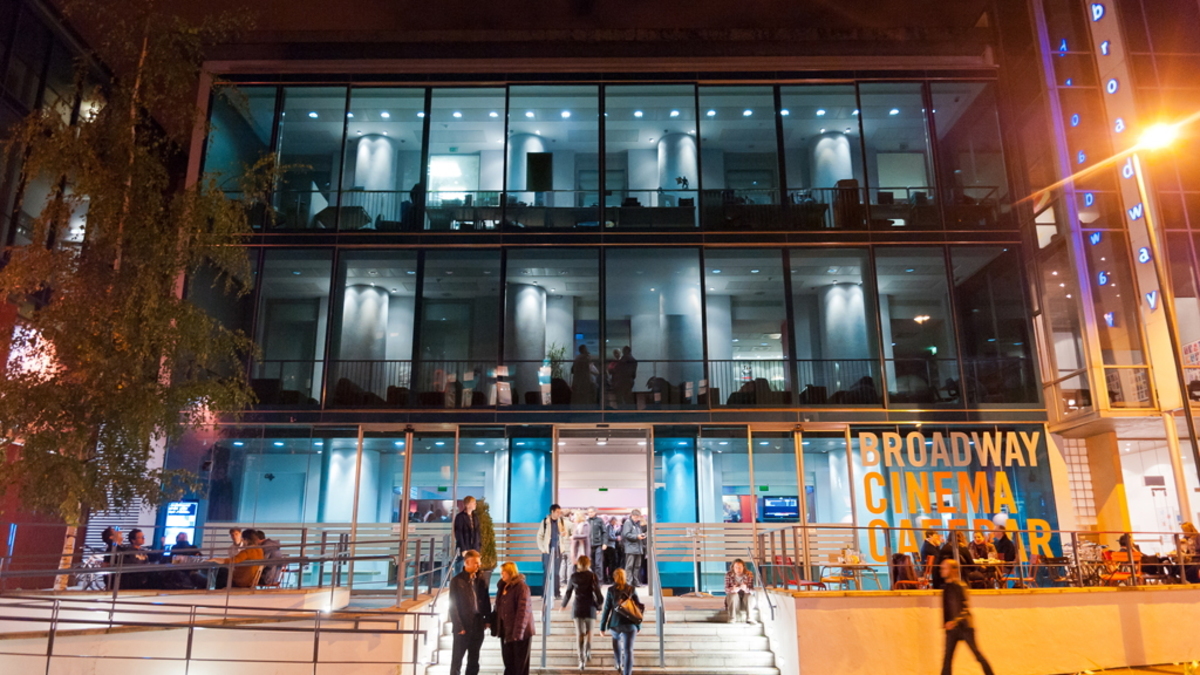 Broadway Cinema is an independent cinema in the city of Nottingham.

It is located in the Hockley area. In 2009, the cinema was rated as one of the ‘best in the world’ by Total Film magazine.

The Broadway building we know and love has changed a lot since it opened as a regional film theatre in the 1960s.

The building was originally split between the chapel, which housed the cinema, and the church house, Screen 1 had 534 seats. The first screening as Broadway Cinema was on 31 August 1990. Since then, it has benefited from over £8 million of redevelopment funding.

A new foyer, added disabled access and opening of Screen 2. The window in the wall of the CaféBar was created so that people coming out of Screen 2 would see the bar in all its glory.